The magazine Quo is reaching the age of 20 years and wants to celebrate with the best. Their managers have toured Spain in search of the men and women who have broken new ground in 2015. Our founder and CEO Eugenio Garnica is including in the list of ” 101 innovative minds of Spain” published by the magazine.

Eugenio has been also invited to the anniversary party the magazine hold on October 22 at the headquarters of the CSIC in Madrid. In this succesful party, best 11 Spanish scientists has formed the “Spanish Selection of Science”, led by Vicente del Bosque for one night.

Thanks QUO for this this recognition and for all the support given to Science and Technology.

Quo – The 101 innovative minds of Spain 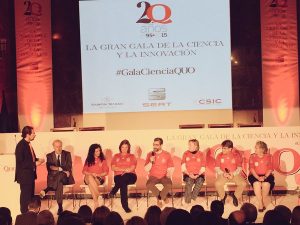 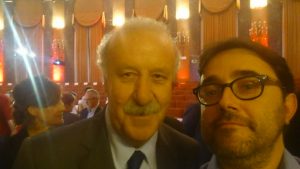